Lafourche Parish District Attorney Kristine Russell announced that a Thibodaux man pled guilty to Manslaughter earlier today, August 16th, 2019, and was sentenced to 30 years with the Department of Corrections as part of his negotiated plea accepted by the Honorable F. Hugh Larose. 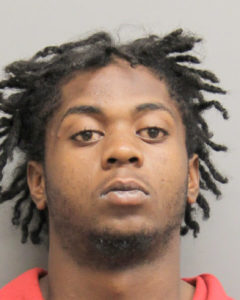 Marlon Johnson, 20, shot the victim in the driveway of Johnson’s Thibodaux home in February of 2018. The Lafourche Parish Sheriff’s Office investigated the case, and arrested Johnson the following day.

“Sadly, there’s nothing that anyone could do in a courtroom that would ever bring Donovan King back to his loved ones,” said Assistant District Attorney Shaun George, who prosecuted the case. “After spending many hours with the victim’s family, we all decided that this was the best resolution to bring closure to the family.”

During the sentencing, the mother of the victim addressed the court and told Johnson that she forgives him and does not hate him.

Marlon Johnson, who was already in custody, will begin his sentence immediately. The maximum sentence for manslaughter is 40 years.