Teles Guidry, 38, physically battered and raped the victim multiple times after following the victim from a bar in August of 2017. The Lafourche Parish Sheriff’s Office investigated the case, and arrested Guidry the following day. 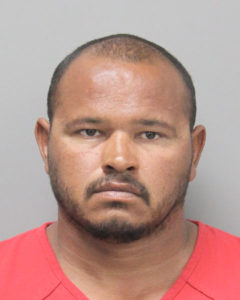 “The victim was our main concern,” said Assistant District Attorney Allie Fournet, who prosecuted the case. “This negotiated plea agreement is the max sentence allowed by law and it keeps the victim from taking the stand and reliving the most horrid night of her life in front of complete strangers.”

40 years is the maximum sentence allowed by Louisiana law for 2nd Degree Rape.

Fournet continued, “We want to thank the Lafourche Parish Sheriff’s Office for their very diligent investigation that helped us get justice for the victim.”

Teles Guidry, who had been out on bail with the condition that he submit to gps monitoring, was immediately taken into custody to begin serving his sentence with the Department of Corrections.