As part of a negotiated plea accepted by the Honorable F. Hugh Larose, Kimberly Crochet, 36, was sentenced to 10 years for one count and 5 years on the other for a combined 15 years to be served consecutively with the Department of Corrections. 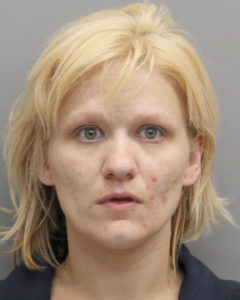 Kimberly Crochet was arrested in February of 2016 by the Thibodaux Police Narcotics Division after they recovered methamphetamine during a search warrant at a hotel room she was staying at in Thibodaux.

In May of 2018, Crochet was arrested again on methamphetamine charges after the Lafourche Parish Drug Task Force conducted a search warrant at her home on West 152nd Street in Galliano.

“Hopefully the message is clear – drug dealing is not tolerated in Lafourche Parish,” said Assistant District Attorney Shaun George, who prosecuted the case. “We want to thank the Lafourche Parish Drug Task Force and the Thibodaux Police Narcotics Division for their hard work on these cases. It does not go unnoticed.”

Kimberly Crochet will immediately begin the first of her two sentences with the Department of Corrections.