evening. The Honorable Hugh Larose presided over the trial.

back over a decade ago. Lirette, who lived on the same street as the victim, was a friend of the 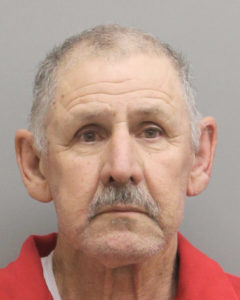 “Justice may be delayed, but it won’t be denied,” said Assistant District Attorney Jason

Chatagnier, who prosecuted the case along with Greg Stahlnecker. “The victim became the voice

of her 8 year old self. Now, after a decade of living with the weight of her story, justice has been

Juvenile Detectives Division, for their diligence in public service.”

During the trial, other victims testified that they too were victims of Michael Lirette’s sexual

Lirette was initially charged with First Degree Rape, but at the time of the commission of the

offenses First Degree Rape was known as Aggravated Rape; the elements of the offense remain

terminated. Lirette is scheduled for sentencing on May 16th at 9:00 a.m.

Michael Lirette is facing a mandatory life sentence without the possibility of probation, parole,

or suspension of sentence.