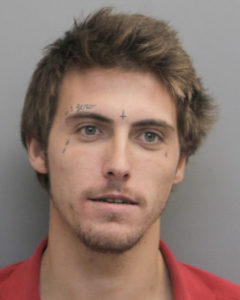 Joshua Simon, 25, and the victim ended their two-month relationship in October of 2018. While the victim was returning some of Simon’s belongings, he took her infant child to force the victim into his home. Once inside, Simon repeatedly beat the victim with belts and at one point burned the victim. The victim was eventually able to get away, and reported the crime to Law Enforcement. Joshua Simon was arrested the same day.

“Despite the brutal acts inflicted upon her, the victim displayed tremendous strength and foresight that night and throughout the trial process,” said Fournet. “Hopefully this conviction encourages other victims of domestic violence to come forward and make their voices heard. We want them to know that they are not alone; we are here to help.”

During the jury selection process, Simon’s disruptive behavior led to him being removed from the courtroom. Simon then elected to not return for the duration of the trial. The twelve-person jury deliberated for less than half an hour before returning a verdict of guilty on all three charges.