Juanches Shelby, 40, who was on parole, was sentenced to 20 years with the Louisiana Department of Corrections as a result of his negotiated plea accepted by the Honorable F. Hugh Larose. His 20 year sentence is to be served consecutively with his 15 year parole violation, bringing his combined sentence to 35 years. Shelby was scheduled for trial on Monday, October 14th, but decided to plea guilty instead. 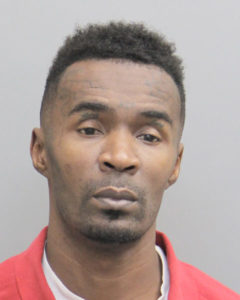 Shelby, known to his associates as “Killa”, sold illegal narcotics to an informant working for the Lafourche Parish Drug Task Force. After obtaining a search warrant, the home where Shelby was living at was searched and a cache of illegal narcotics were discovered. Shelby was arrested the same day.

“This plea is the result of a long and thorough investigation conducted on a well-known drug offender by the Lafourche Parish Drug Task Force,” said Assistant District Attorney Shaun George, who prosecuted the case. “Dealing drugs in Lafourche parish is not and will not be tolerated – not by us, not by law enforcement, and not by the people of this parish.”