Posted at 22:42h in Press Release by dmelancon@lpda.org

Lafourche Parish District Attorney Kristine Russell announced that a Thibodaux man charged with possession of methamphetamine in August of 2018 was convicted by a six member Lafourche Parish jury late Wednesday afternoon, August 28th, after just over 18 minutes of deliberation.

Kevin Gaudet, 55, was arrested after methamphetamine was found on him during a traffic stop. Gaudet was a passenger in the vehicle, and starting acting suspicious when questioned by the Lafourche Parish K9 Deputy; at one point asking the Deputy what he considered to be illegal. 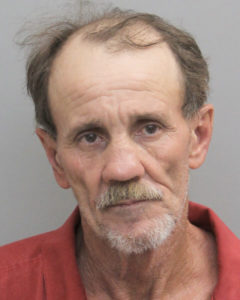 This is the second six person jury trial and conviction this week for possession of methamphetamine tried by Assistant District Attorney S. Benjamin Caillouet. The first was Dan Use, who was convicted after just over 20 minutes of deliberation by the jury.

After the verdict, the Honorable Steven Miller ordered that Gaudet be taken into custody and set his post-conviction bond at $15,000 pending his September 9th, 2019 sentencing date.